The ‘Landy’ is becoming the Photoresk photo-mobile.
However, sometimes it is necessary to use it as people mover (7 seats) but also put it quickly into some kind of camping car for one or two persons without removing the seats.
Here are a few pictures how this was done.
It takes less than five minutes to install the berth bed without any tools. Only two holes have to be drilled in the car

key element is the support frame. It is fixed at the p-post (the two UNF below the seat belt holder)

it remains always installed. The final version becomes some protective cover (for the metal and passengers) 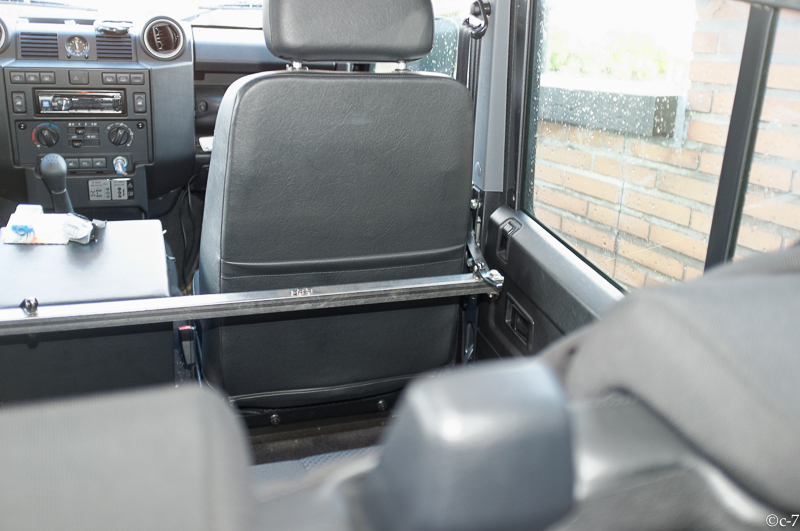 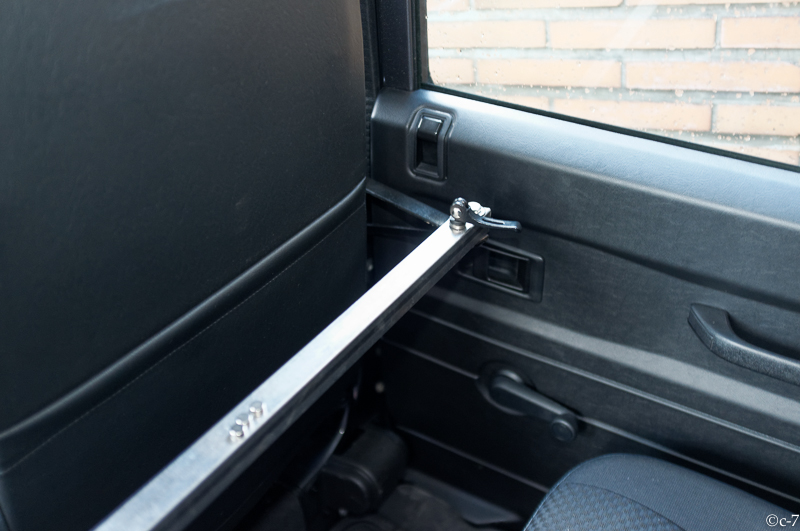 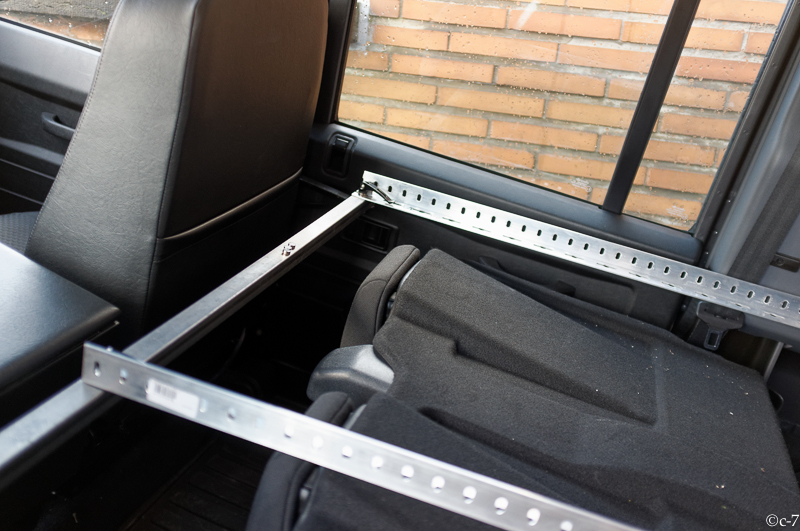 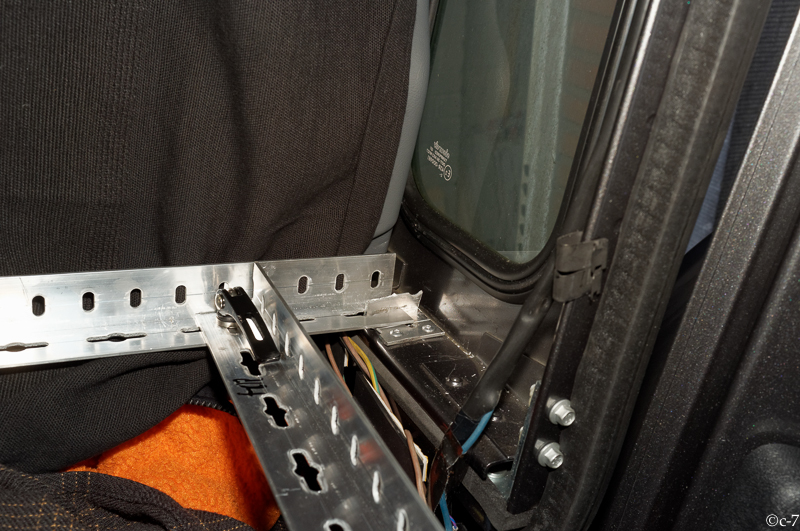 only two holes for the two rivets are drilled in the Landrover (cover removed).
This small bracket keeps the back side of the right frame from moving

this installation is 70 cm wide but this is just depending on the width of the back-bracket.

Today, i’ve received the first unit of the new series of tracking devices which will be used for material and vehicle tracking. With its autonomous operation of roughly 60 days and various sensing capabilities, like movement and shock it’s ideally suited for this purpose.

Below is a picture of main tracking unit of the system which I developed and prototyped almost 20 years ago. It was called TaPos – the German acronym for “Teilautonomes Positionserfassungssystem” (if you are interested in details, you may find the project description in the www – in German).
Ok, the form factor of the main tracking unit is different but it had exactly the same – to be precise, even more – features.

It was the innovative prototype of an vehicle, container tracking and logistics management system which also would have helped to optimise traffic flow and reduce the carbon (co2) emission. However, at this time (before the Internet hype) it was nearly impossible to find risk investors in Germany for innovative solutions.
An request for support through an innovation funding programme was technically analysed as future oriented system but no financial commitment was made at the end of the day (after many good words and long delay of almost three years).

For those who don’t remember the technology landscape in 1996:

Linux is already 4 years old, in 1996 kernel version 2.0 was published, Php was one year, Version 2 was about to be published.

Eight years before google maps started 2004, TaPos used a public available sub-set of the US DoD digital chart of the World, transformed from file-structure-data onto an DBase like database for fast access.

The ISM frequency band had just been opened in Germany, there were almost no OEM modules for data transfer – all the the protocol handler had to be developed from scratch.

The java programming language was in beta 1995, JDK 1.0 was released 1996. The web-mapping was using Java, the rest like position calculation or position-to-speech (for telephone access to the current location database) was written in C.

Now, almost 20 years later, inexpensive tracking systems are produced in china, fits the purpose but still does not have all the features the TaPos prototype had.
Key is still to manage the tracking data intelligent and efficiently.

Some thoughts about the innovation landscape in Germany and the EU
There was (and I am afraid to say – there still is) no culture in believe in innovation capability in Germany and most of the EU outside industry and academia. They receive the most of innovation funding and produce acceptable results and ease administration.
Some years ago, my only advice to someone who has a bright idea would have been: go directly to the US or find at least US investors – there are a lot of good examples from the past.
Now, there are far more options. Thanks to the www there are many crowd funding platforms which may help to bring a good idea to marked – but be careful who will own your idea at the end of the day and who will benefit.
(Pictures to follow)

Luca invited:
Dear friends,
it is my pleasure to invite you all to a nice evening at my place to taste a delicious dish prepared by Hugh (some of you may know him already).
The dish is about a lot of cheese, potatos and sausage.
I attach a link for your convenience: http://en.wikipedia.org/wiki/Aligot
The max number of friends we can feed is 10, therefore we will accept only the first 10 that will reply YES to this kind invitation AND come to the dinner.
You will just need to bring your best smile, some wine and please no heavy desserts, better just some light ice cream or hot spirits to help our stomachs 😉
I and Hugh look forward to receive the quickest 10 of you and have another amazing evening at my place!
See you soon!
Luca & Hugh

In the elevator. I am not sure if I understand why? Why would someone lit an fire in an elevator?

Potatoes are smashed with a special tool 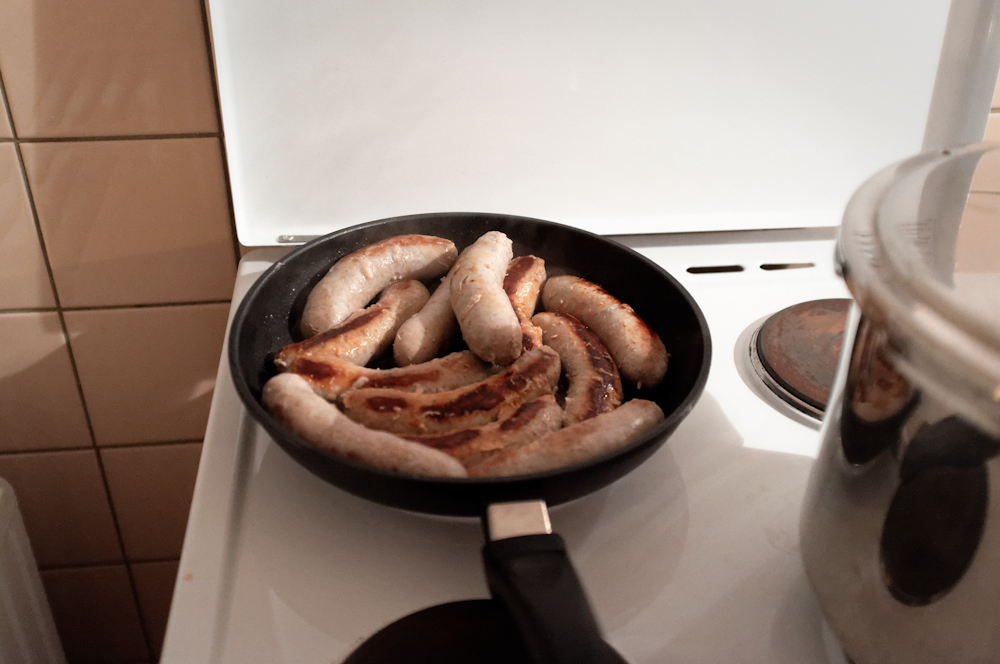 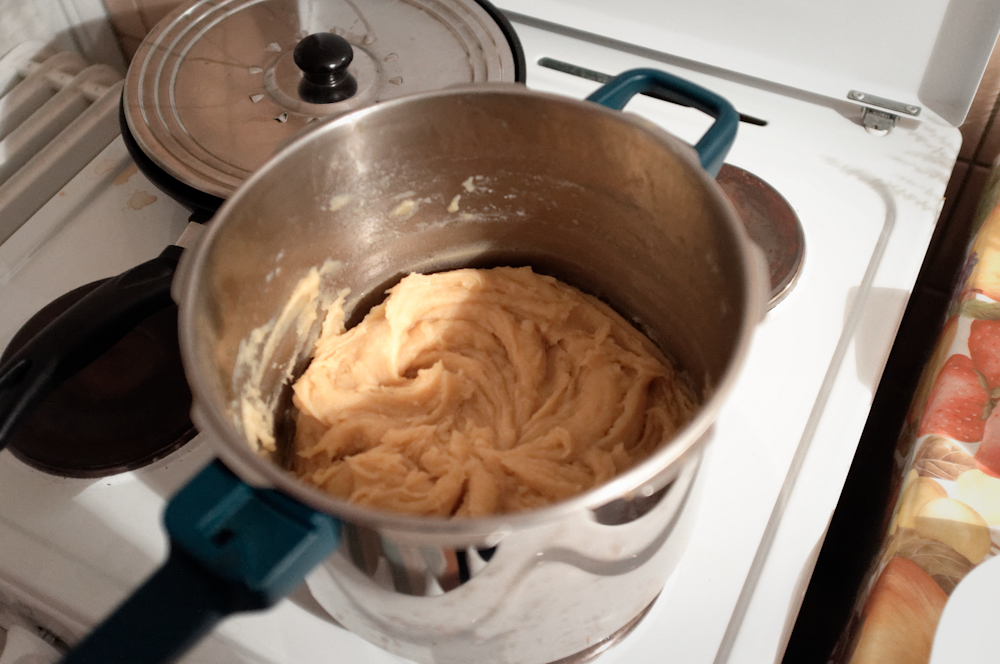 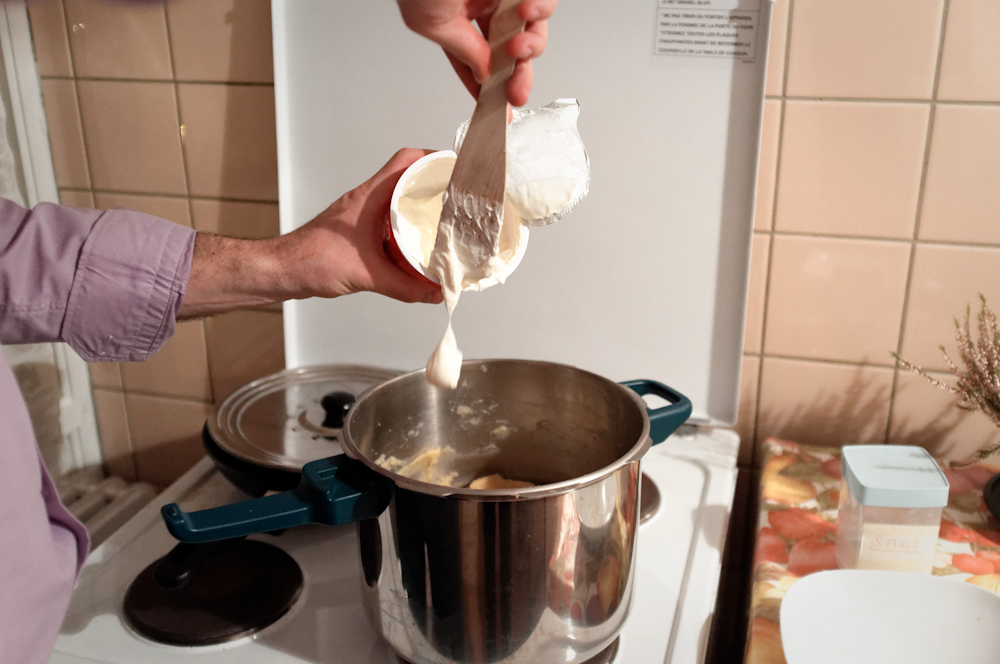 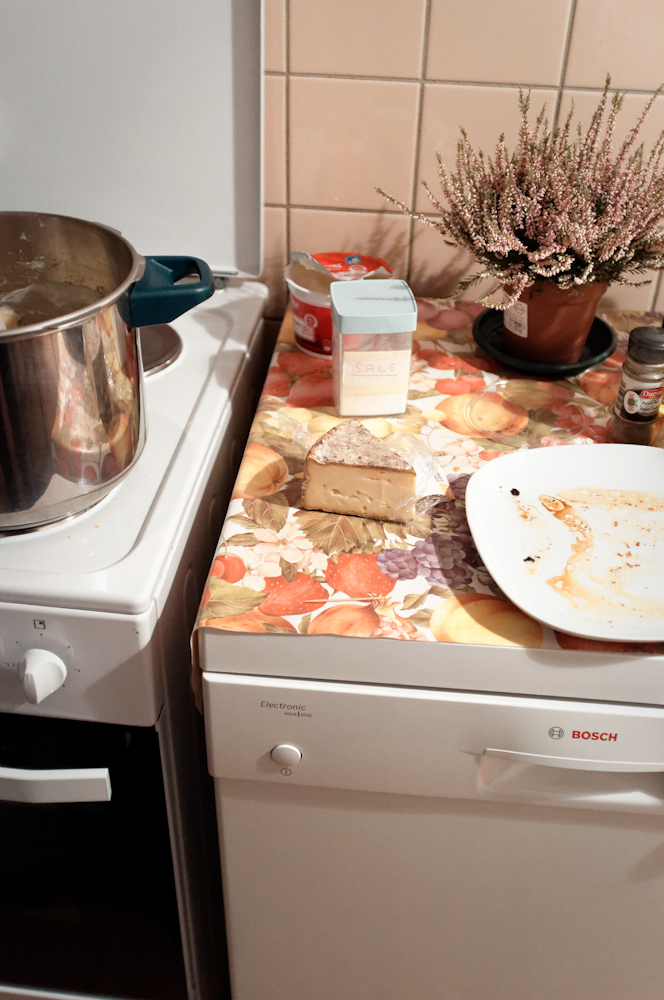 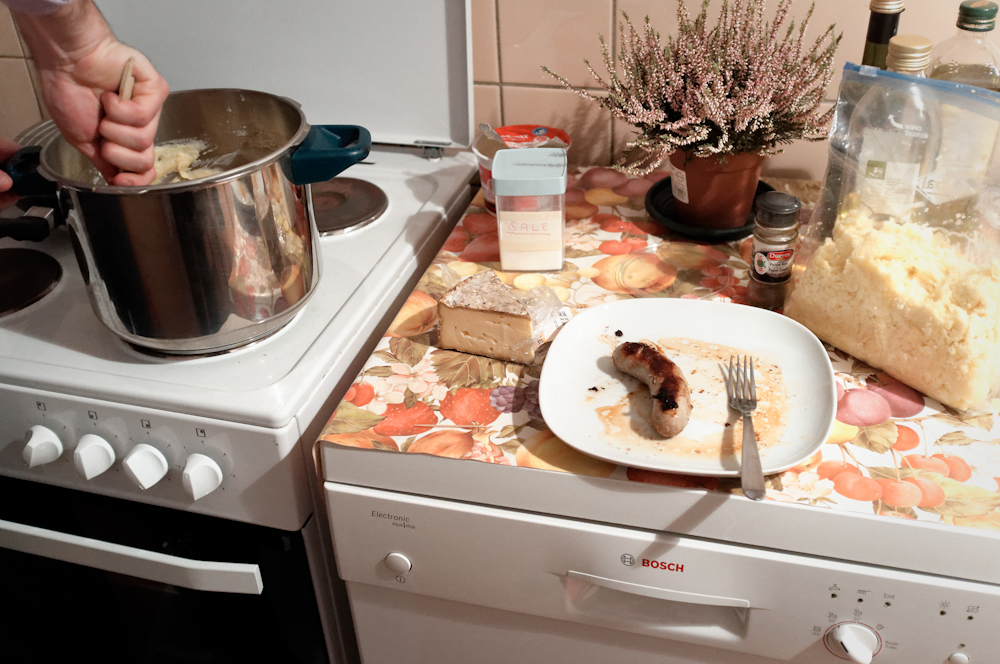 and always check the consistency – this is NOTHING 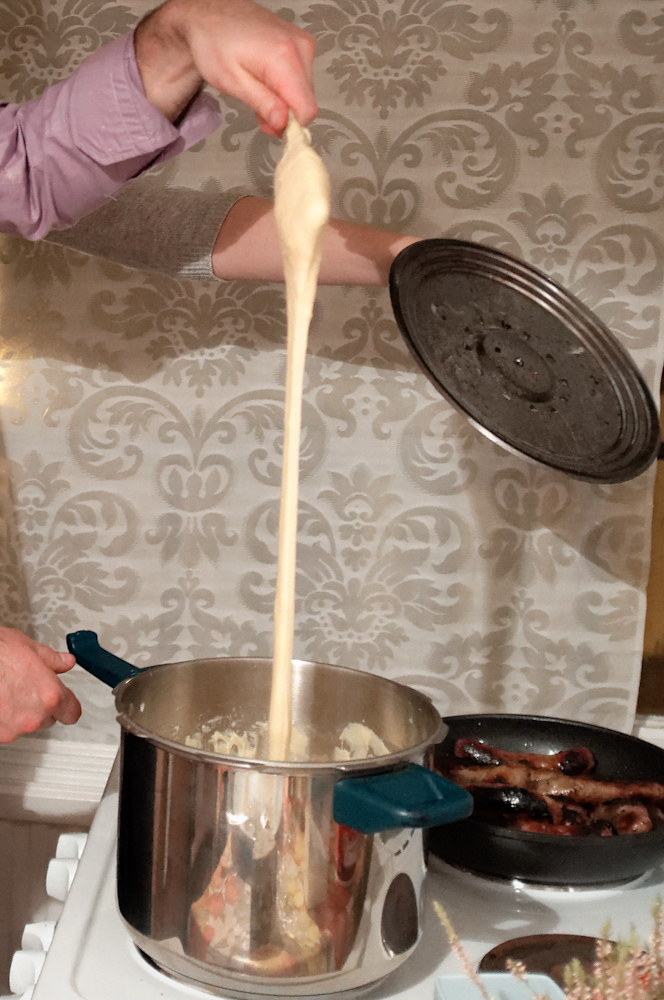 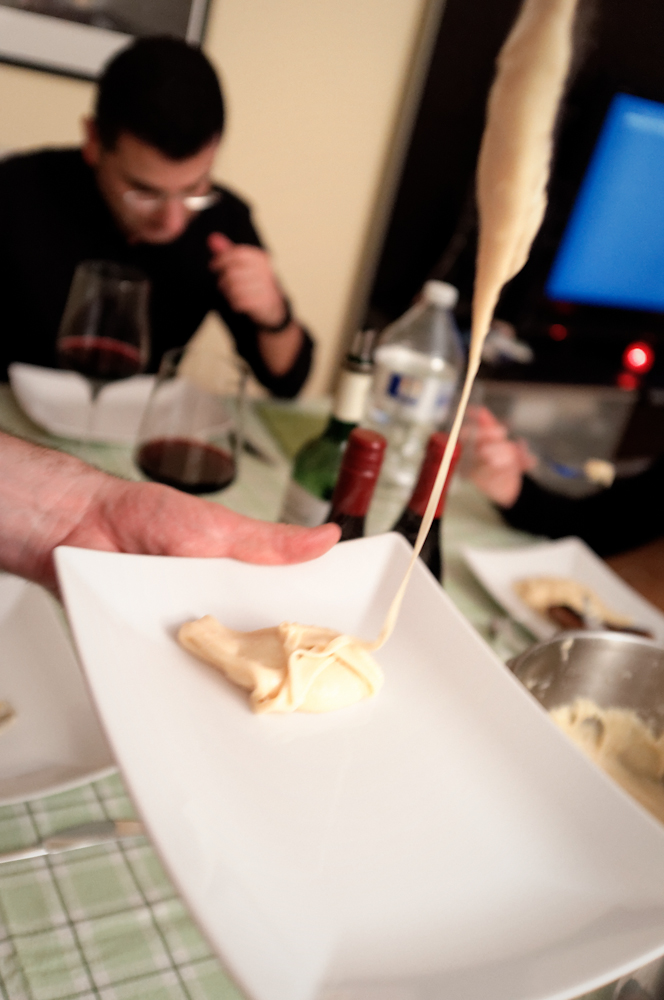 they say, it’s THE BIGGEST EXHIBITION / EVENT OF CONTEMPORARY ART IN BELGIUM ! (including photography)

Sometimes those offers seem to bee really valuable, but sometimes it would not even cover the production cost…..
Many photographs of different quality, not so much sculture and others.

The entrance to BOZAR is on the left. Looking at Galerie Ravenstein.

A queue for the truc troc museum and party night

.. part of the guerilla knitting project ? 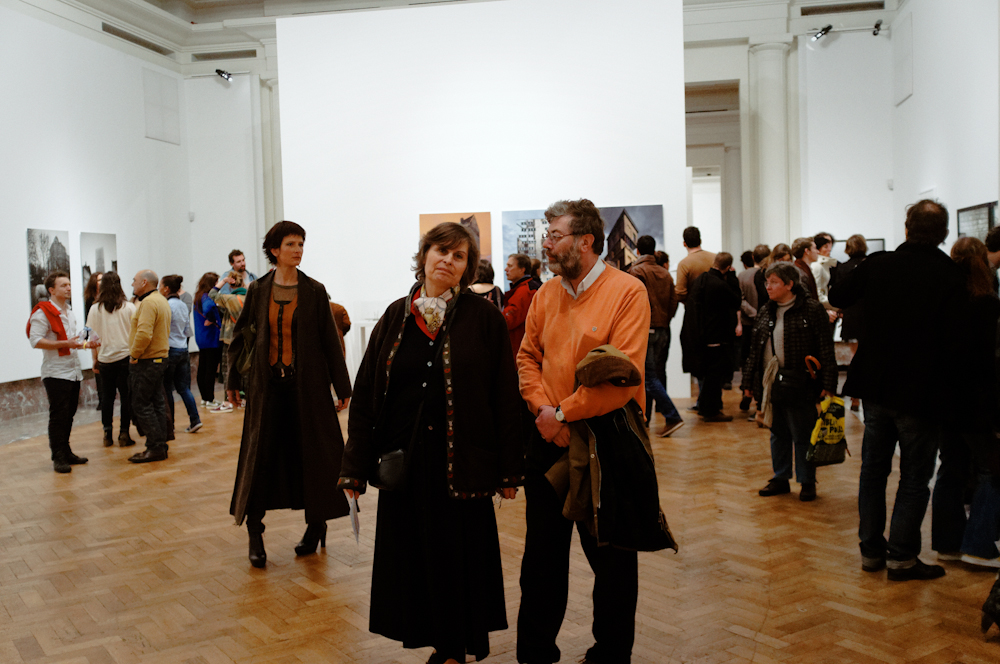 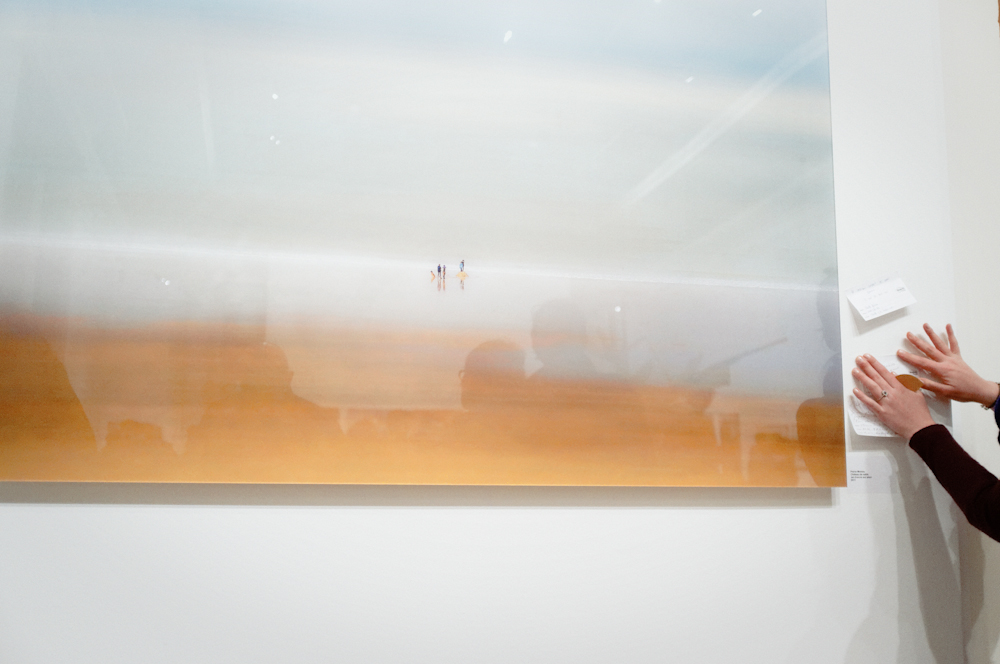 stickers with the offer 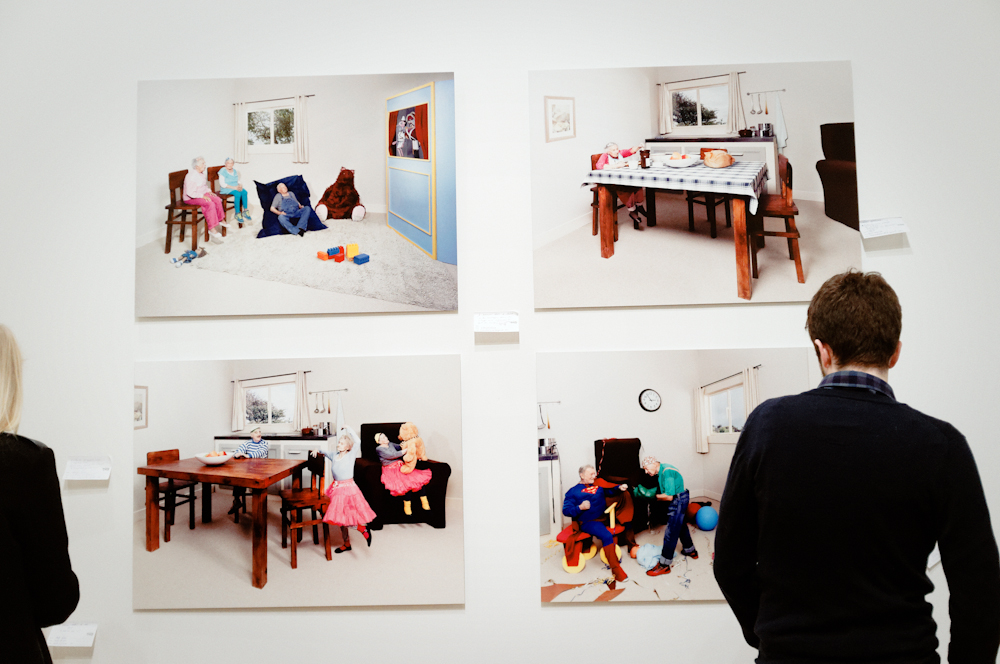 at least – not only photos 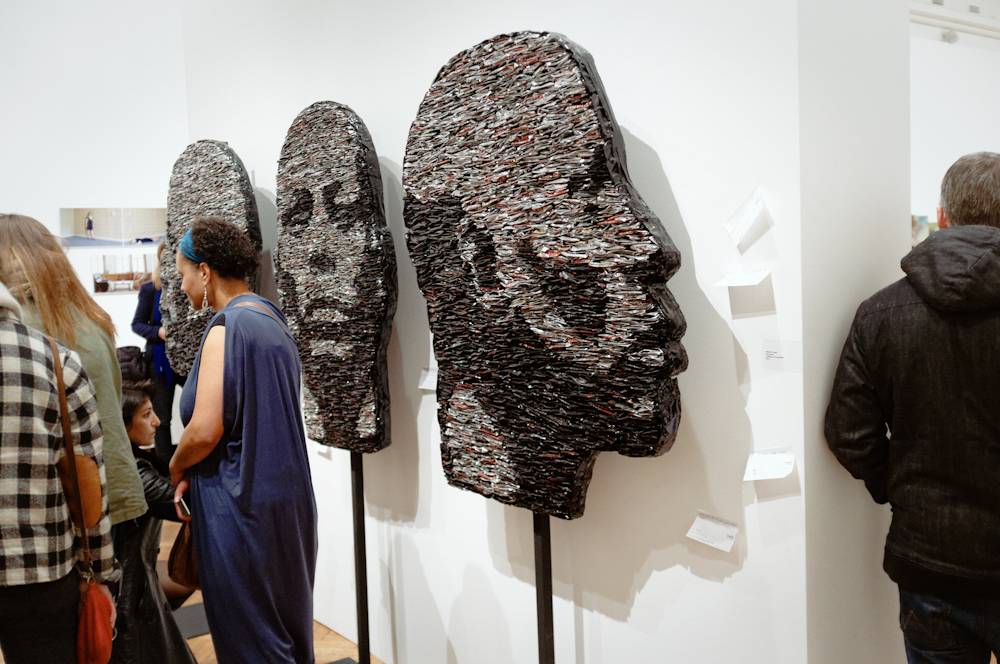 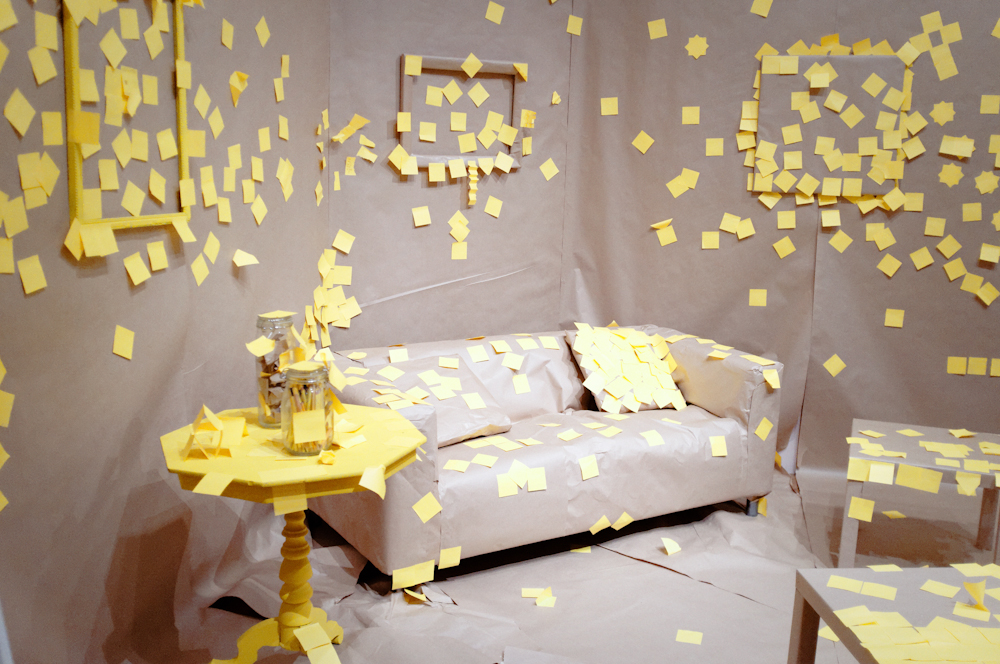 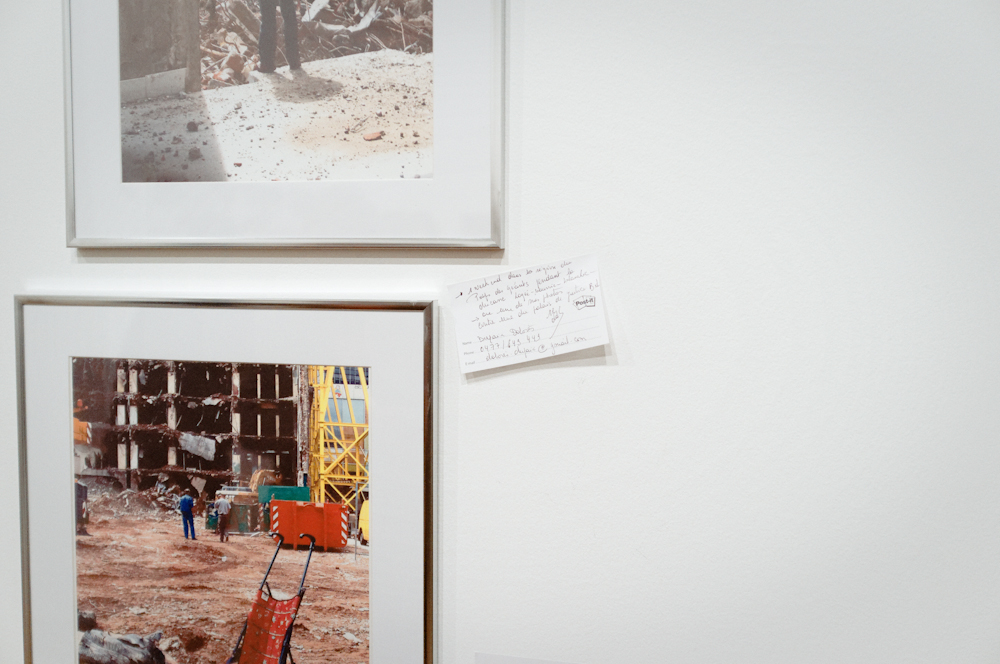 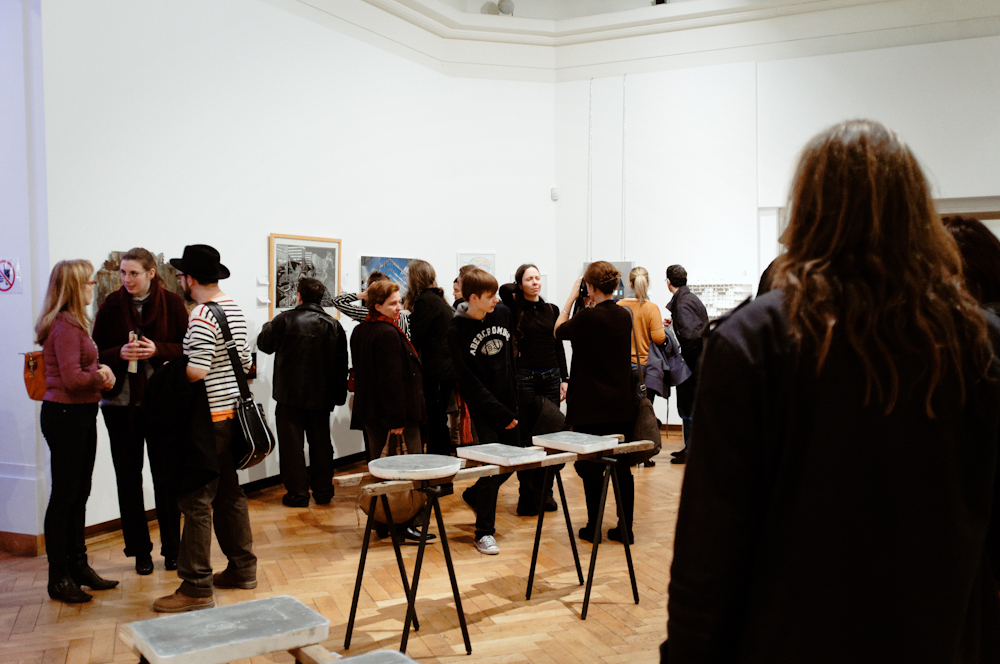 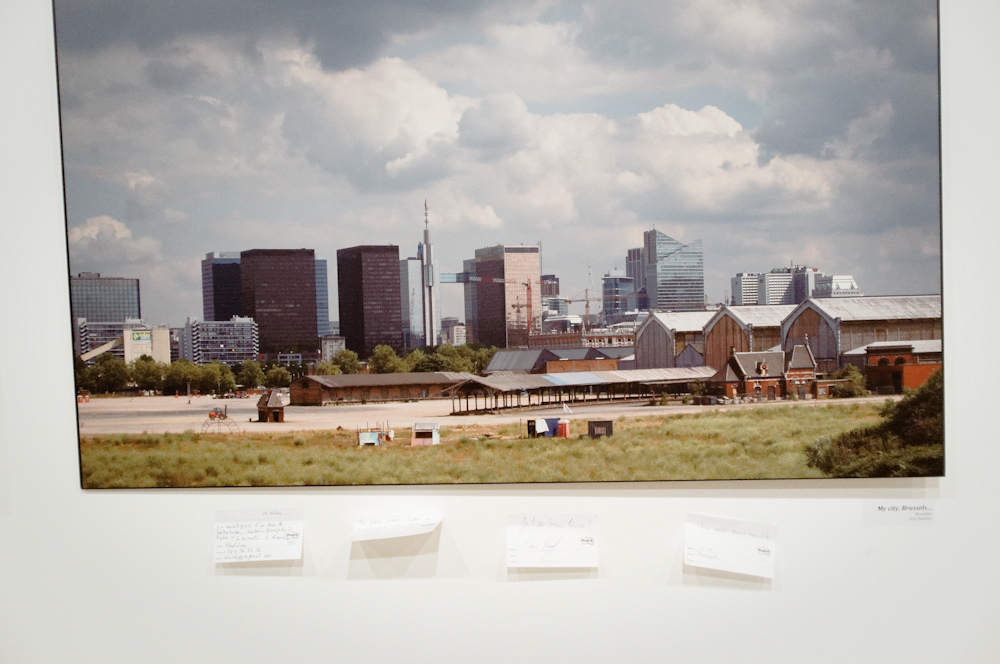 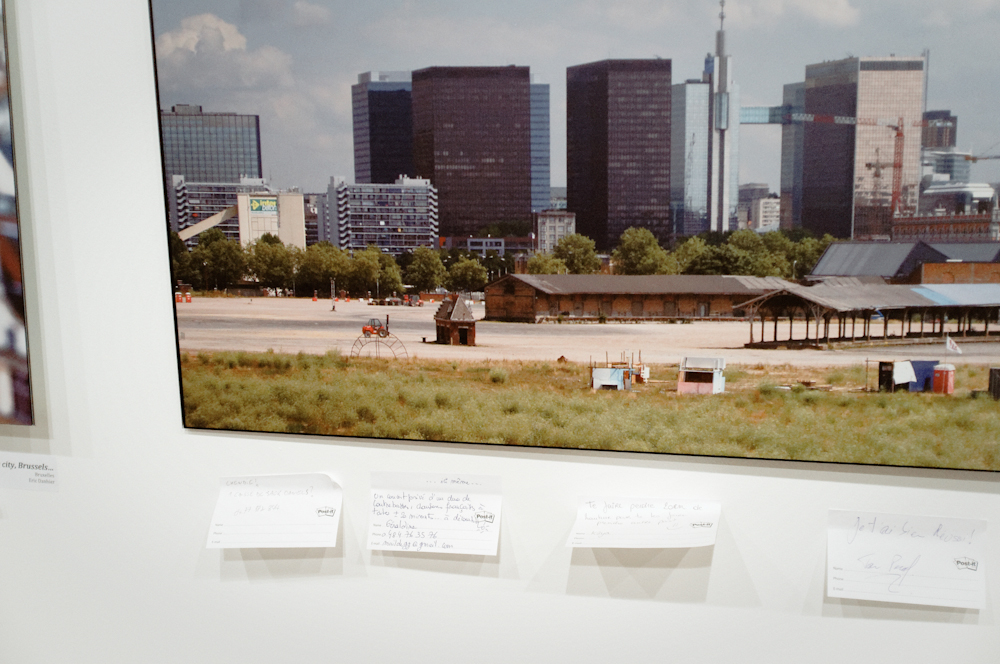 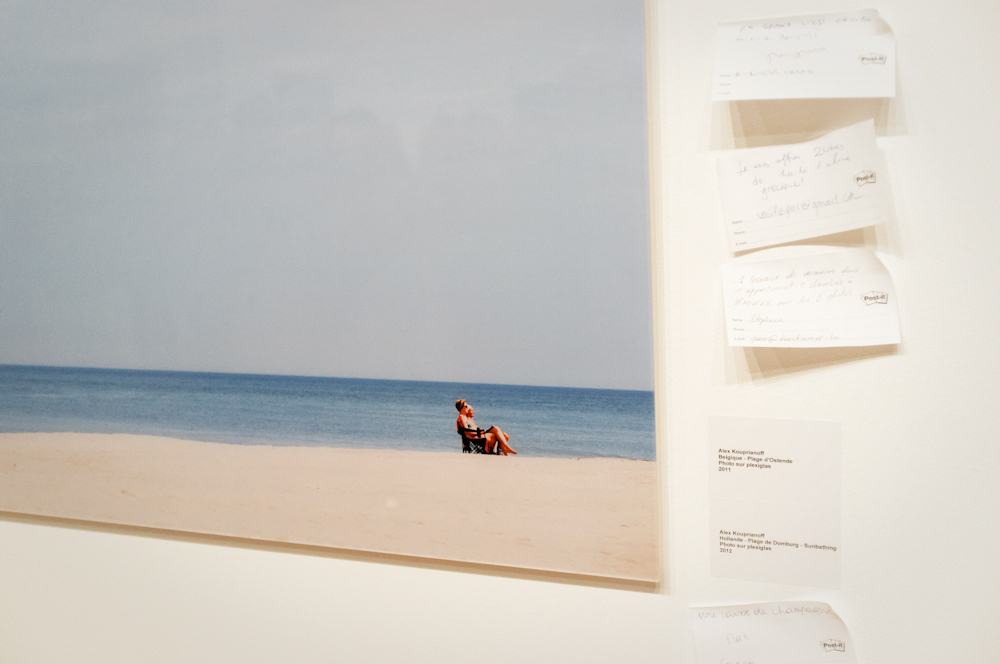 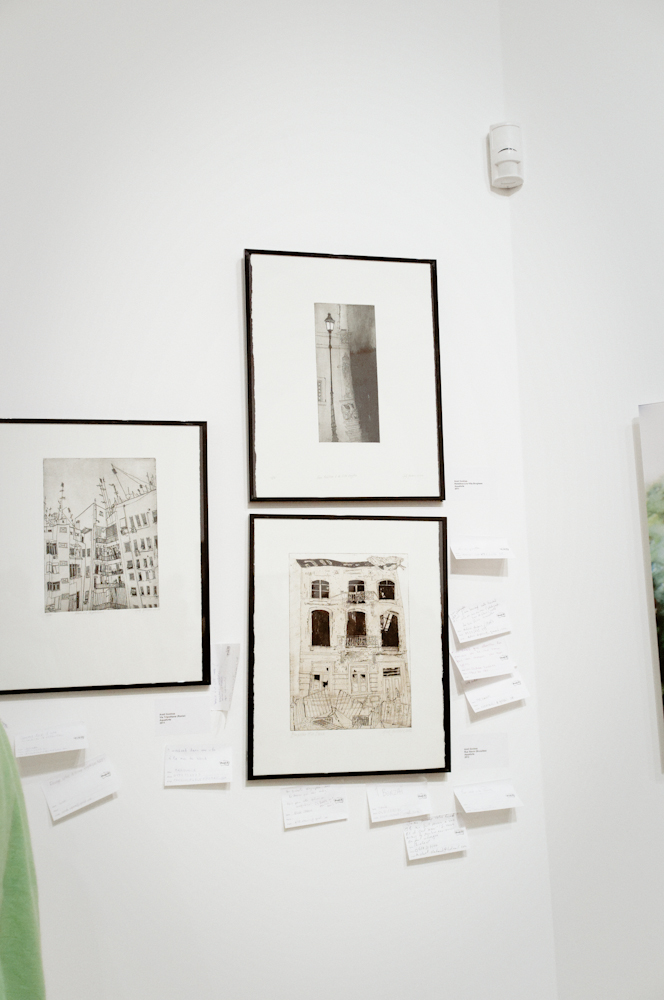 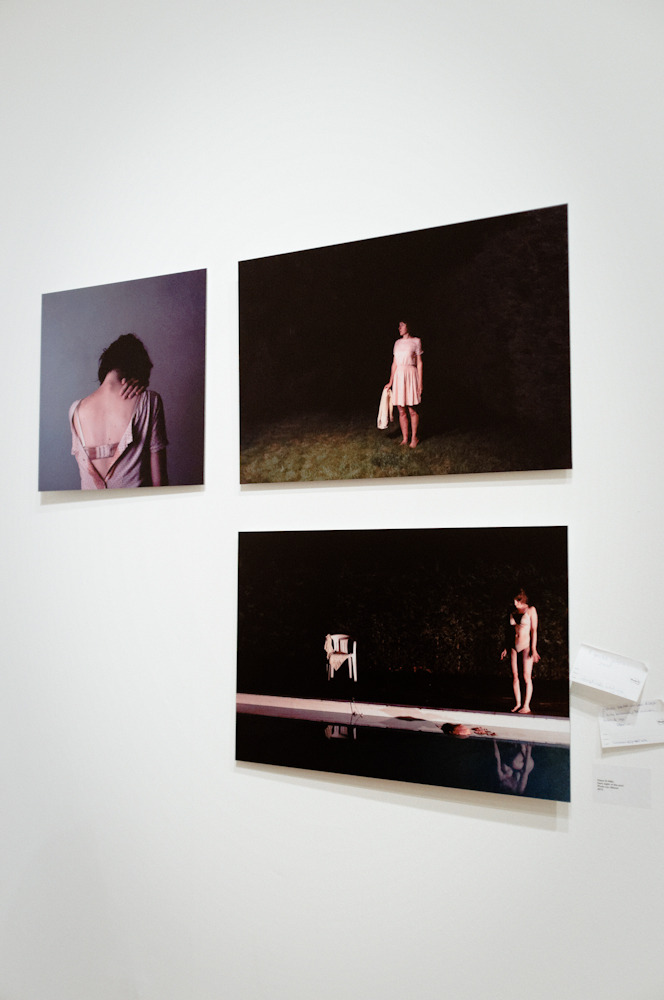 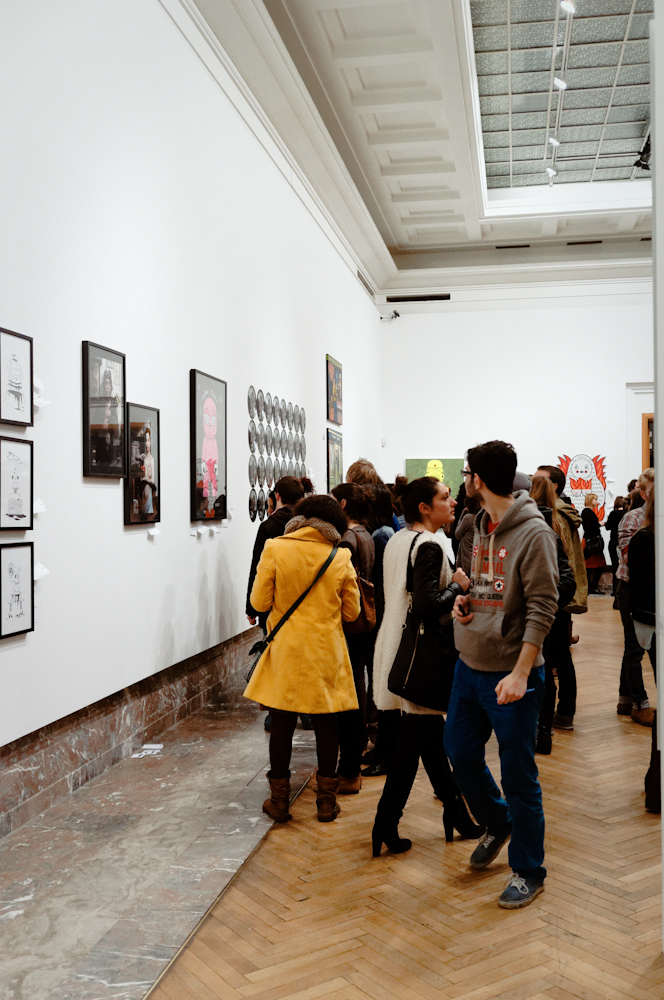 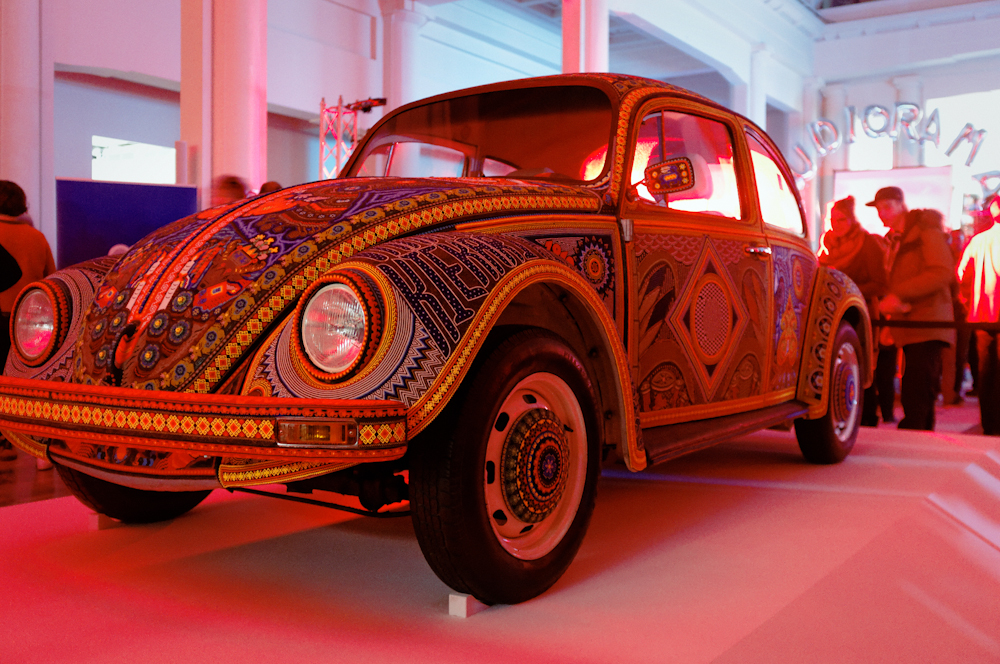 doch nun, in welcher Sprache? Deutsch ist für mich leicht, doch das verstehen manche meiner Freunde nicht. Französisch? Das verstehen andere nicht (ich auch nicht so gut 😉 ).
Bleibt englisch und manchmal deutsch.
It took me some years to start a block myself 😉
I have install the first Content Management System nearly 20 years ago but this was something different.
Wordpress was quick installed on a server and up and running within less than one hour (the wordpress guys exaggerate, when they say 5 minutes – you need at least ten).
I already feel the benefits of blogging. Instead of annoying my colleagues and friends with my story’s, I’ll put them here. Who wants can take them or just leave it. Seems to be a good thing.
And the real, real important story’s – those I will still share with people close to me 😉