A normal picture, photography is two dimensional, right? Usually it shows x and y.
To create (to take) a picture, a digital camera normally has a sensor which has also some x,y dimensions, or resolution in both axes. But not always.
In many industrial and sometimes in surveillance applications, line cameras are used. They have a resolution of, for example x=2048 but y=1 simply one line.
Two dimensional images are produced by moving either the camera or the objects or both. Those line cameras have the advantage of using much less bandwidth while being capable of providing high resolution in one axis.

Taking movies with a normal movie-camera adds another dimension, the time. In the data stream contained in a mp4 file you have x,y and elements of the time, t.
What happens if you play around a bit with those dimensions and exchange y with t to create an two dimensional image? Taking only a ‘slot’ of each individual picture and using the time component for the other axis?
Have a look at the pictures how the time transforms. It is like a hymn to the ‘slow-something’ movement. As faster the objects move as less visible they are…. 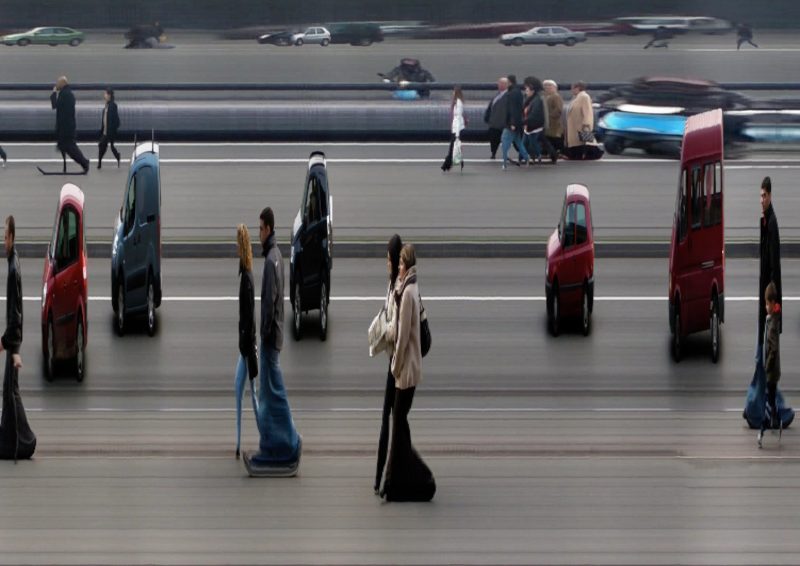